The 1963
National Jazz and Blues Festival. 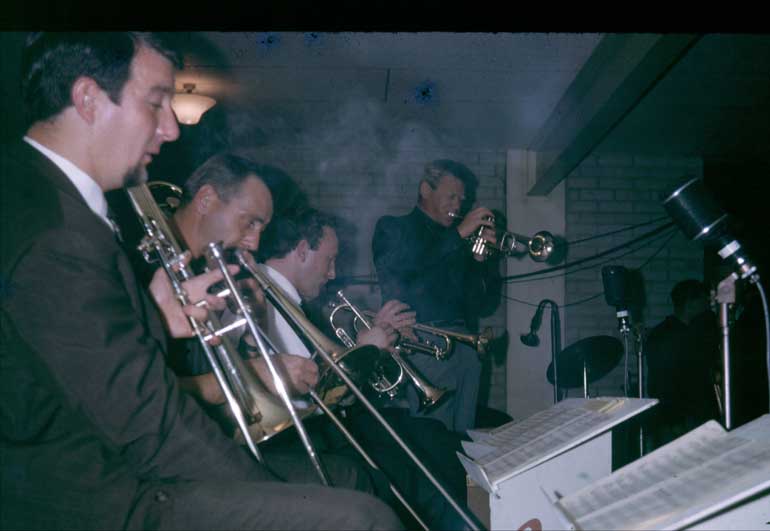 Started looking for Richmond Jazz Club on the net as I had seen two of my friends who were members over Christmas. Still in touch 40 years on. in the early 60's our lives revolved around Richmond jazz Club, Ealing jazz club, the Marquee and a couple pf pubs. Because I had a wider taste in music I was also at Ronnie Scott's and the Flamingo, attending Duke Ellington/MJQ/Jazz at the Phil and similar concerts and the great Blues festivals at Fairfield Hall.

The programme is slightly misleading as the crowds were such that on Sunday we used two venues, the main stage shown in the photos and the rugby club house , as seen in the other pictures. Early Sunday evening Acker played a set on the main stage while the Stones did their stuff in the club house. It was  packed, if you had fainted you could not have hit the floor. At the end of the set Mick Jagger gave a little speech saying that we were running to a timetable and they were going to play one more number then make way for the next band. he referred to the riots at the Beaulea jazz festival the previous year when Acker's fans had wrecked the place when he stopped playing. Mick said that if that happened here the Stones would not be able to play venues like this again. They played one more number whilst  we  4 or 5 "security staff " crossed their fingers then after suitable applause the crowd left in an orderly manner, I had always shared much of Mick's musical taste but this was the first time I realised just how good he was at crowd control.