Frodo Baggins Birthday party was the second of two benefit Festivals held at Clyro Court in 1988 and 1989, in aid of the Skool bus, which was a project created by elements in the Traveller community who wished to provide a stable, fun, school environment for traveller children, in 1989, this was a converted truck which had been cleaned up and funded by a group called the Traveller School Charity which had been formed in the late 80s. Because the organisation had charitable status , it was possible to raise funds tax free to keep the vehicle running, and the usual suspects ( Hawkwind - who had also played the 1988 bash ) offered their services to help raise funds.

Wango Rileys served as the main stage and bands also played inside the Clyro Court buildings . 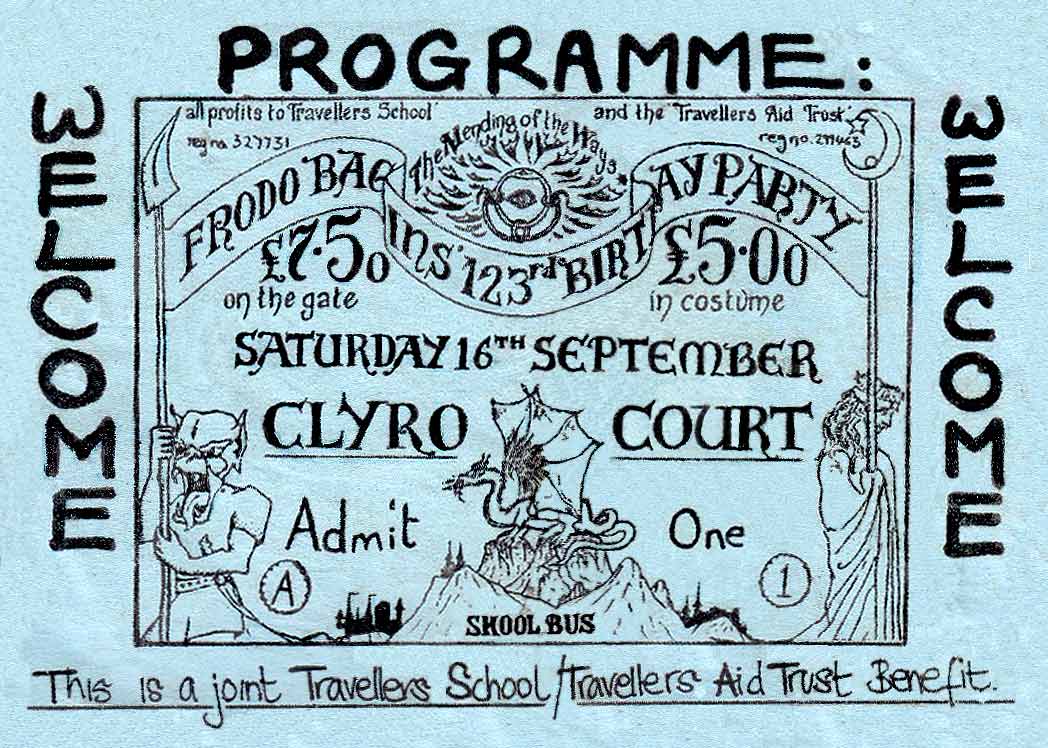 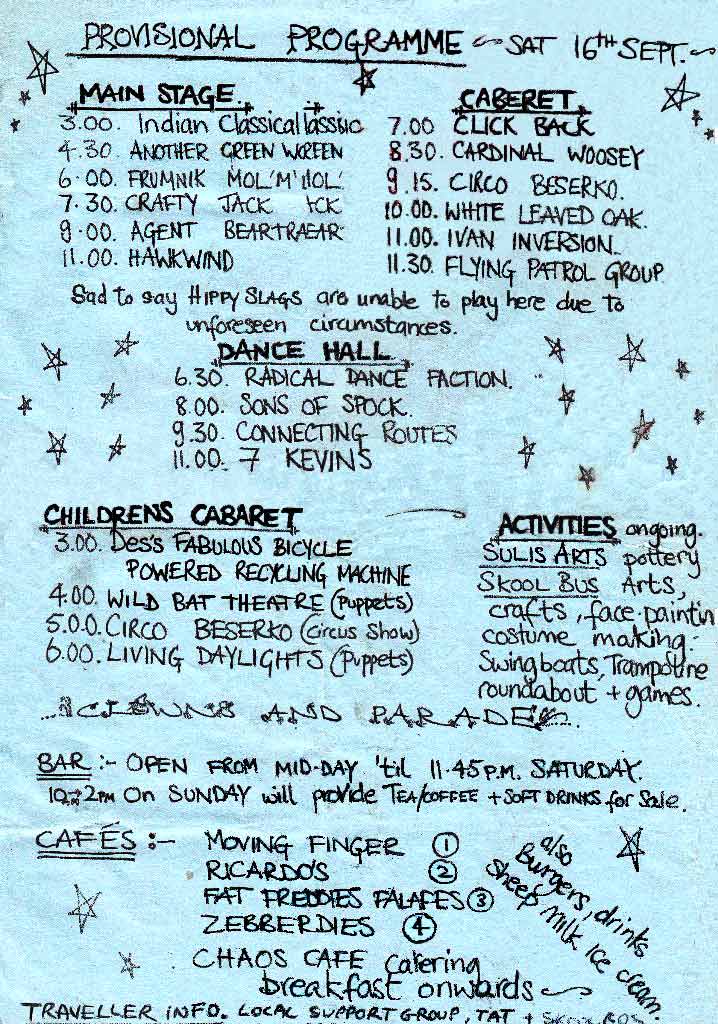 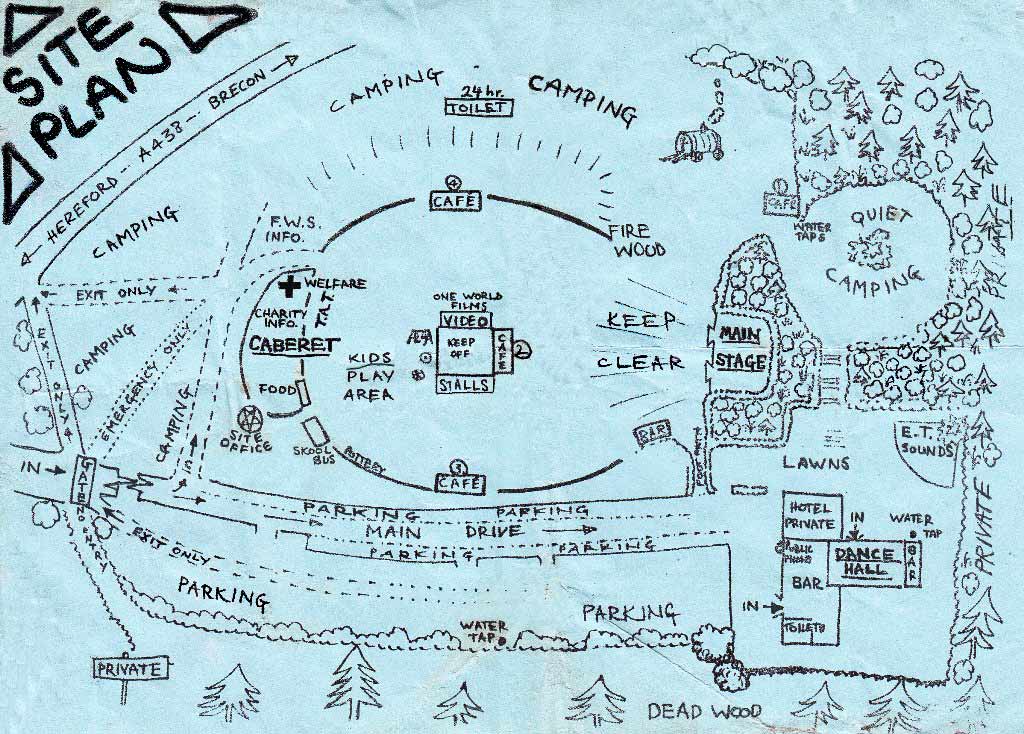 a recording exists : B grade audience
Looking for setlist and cover art

Any info to add ? Photos .recollections, posters- anything really !

If you have photos, recollections, set lists, newspaper reports or tapes of this event then email us at Contact us if you can help.